Here’s the thing to keep in mind about Aquaman (2018): It’s plotted, structured, and shot using videogame aesthetics. That’s why it’s so funky when you try to think about it using traditional film grammar. But as a series of long cinematic cutscenes, with the boring grind left out, it’s a magnificent achievement.

The pre-title sequence already hints at this. Unlike the opening sequence of Up (2009), for instance, this backstory affects us not through suggestive montage and variations on a musical theme, but rather through its archetypical fairy-tale logic. The same analysis applies to the depiction of King Atlan’s (Graham McTavish) self-imposed exile: The scene makes it look like he picked any old spot, when in fact it’s at the very end of Arthur / Aquaman’s (Jason Momoa) journey in this impossible place. And he maintains the exact same posture, like the non-playable character he is. (Speaking of locations, the fact that the locales are announced via subtitle, often before the characters themselves know where they are, is also very videogame-y.)

Then we get the first fight scene, a small hint of things to come. Aquaman goes in the opposite direction of quick cuts; rather than focusing on points of contact and leaving the overall flow of the scene to be worked out by the viewer, director James Wan makes sure we always see what’s going on while still keeping the camera moving (even the overhead shot is spinning), making this the next step up from the casino fight scene in Black Panther (2018). The rooftop parallel fight scene does this and more, connecting the two fights with pulls and zooms, an idea first pioneered by the Wachowskis in Speed Racer (2008), which was truly ahead of its time.

The fight between Arthur / Aquaman and Orm (Patrick Wilson) evokes a specific videogame: the Super Smash Bros. titles (1999-). With a basically unbounded arena and the full use of all three dimensions, the only way one of them could lose is by becoming so exhausted (high damage percentage) that they can’t stop themselves from being hurled into the lava river (KO’d). By the way, look at Patrick Wilson, who never leaves the ocean and is thus mostly CGI, and tell me that his hair and eyes don’t make him look like a Final Fantasy (1987-) villain. 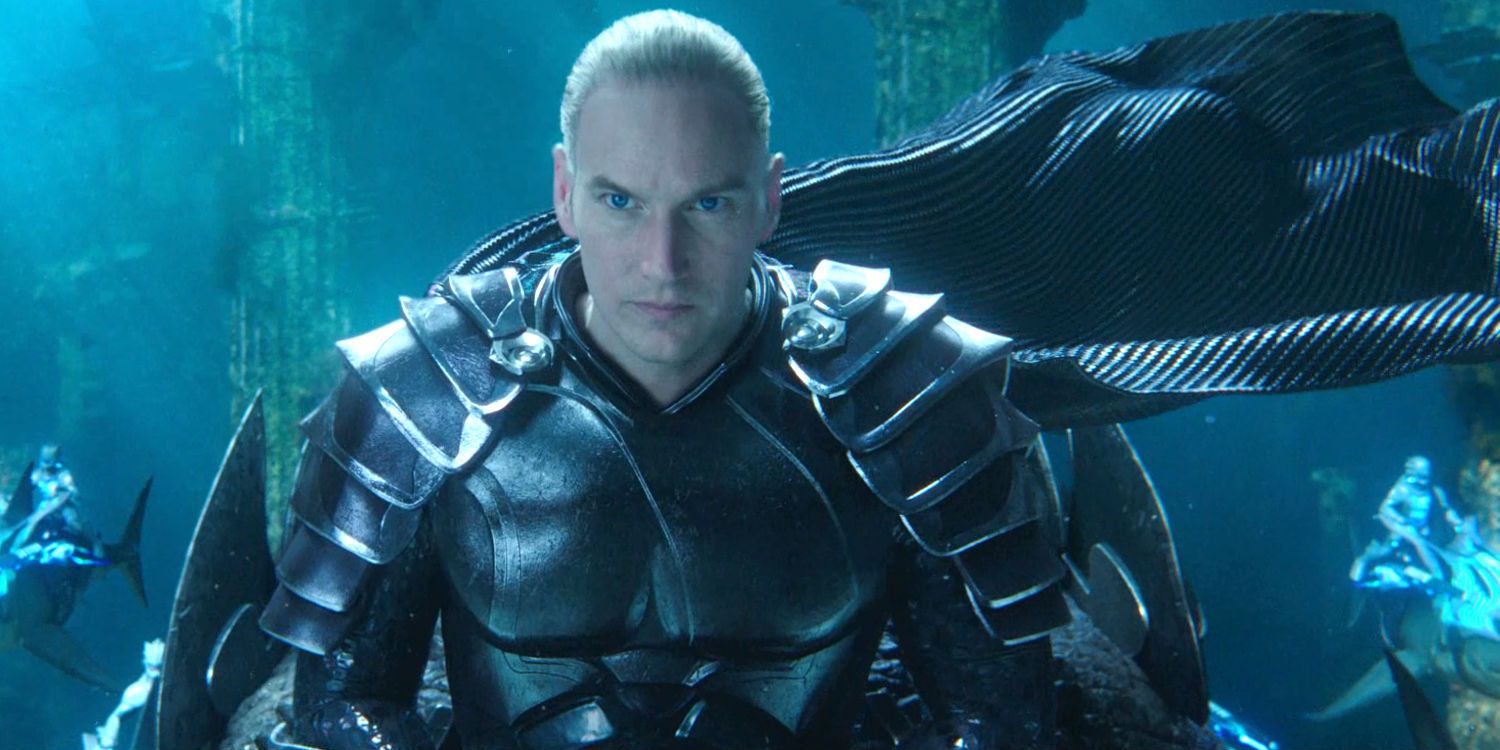 This all makes an outlier of Amber Heard, who actually seems to be trying to act. More camp, less naturalism please!

Editor’s note: This piece has been incorporated into a piece at Critics at Large on Serenity (2019) and the videogame aesthetic in film.